With the Fantasy Premier League season coming into the final six games, it’s extremely important to get your transfers right ahead of gameweek 33+.

Here are the three cheap midfielders we think are must-have in your FPL team:

The moment Philip Walter Foden turned 20, he immediately found his scoring boots. The English prodigy had scored one Premier League goal in his career before his birthday on May 28, but has since gone on to score four times for Manchester City.

Adding two assists to that tally, it feels as if Foden has finally shown what kind of asset he can be for the first team. He looked sensational against Liverpool on Thursday night, providing an assist for Raheem Sterling with a nice pass before a terrific finish of his own for City’s third.

Foden took four shots against the champions, with only West Ham’s Michail Antonio (5) taking more this past gameweek, while his three shots on target were only bettered by Pierre-Emerick Aubameyang (4). He is also the top scoring midfielder since football returned from its three month hiatus.

Based on his underlying numbers, we wouldn’t expect Foden to keep producing at the rate he currently is. However, we do expect him to pick up plenty of scraps as part of a City side who look determined to finish the campaign strongly.

The one glaring problem with Foden is the potential for rotation, particularly in a midfield that Pep Guardiola likes to shuffle often. Of the 17 appearances he has made in the league this season, 12 were from the bench and only on two occasions has he completed the full 90 minutes.

Given his stellar form of late, though, Foden will surely be granted more game time by his manager and may even become an important member of the starting line-up going forward.

Another youngster who has shone since the return of football, Christian Pulisic has been Chelsea’s biggest attacking threat in recent weeks.

‘Captain America’ has scored twice in the three games he has played since gameweek 30+, while he was also awarded the two assists for Willian’s brace against West Ham United on Wednesday. Pulisic was fouled for the penalty and free-kick, rather than providing the final pass for the goals, but it shows that he is a huge threat in the danger area and could be liable to win fouls in goal scoring positions. 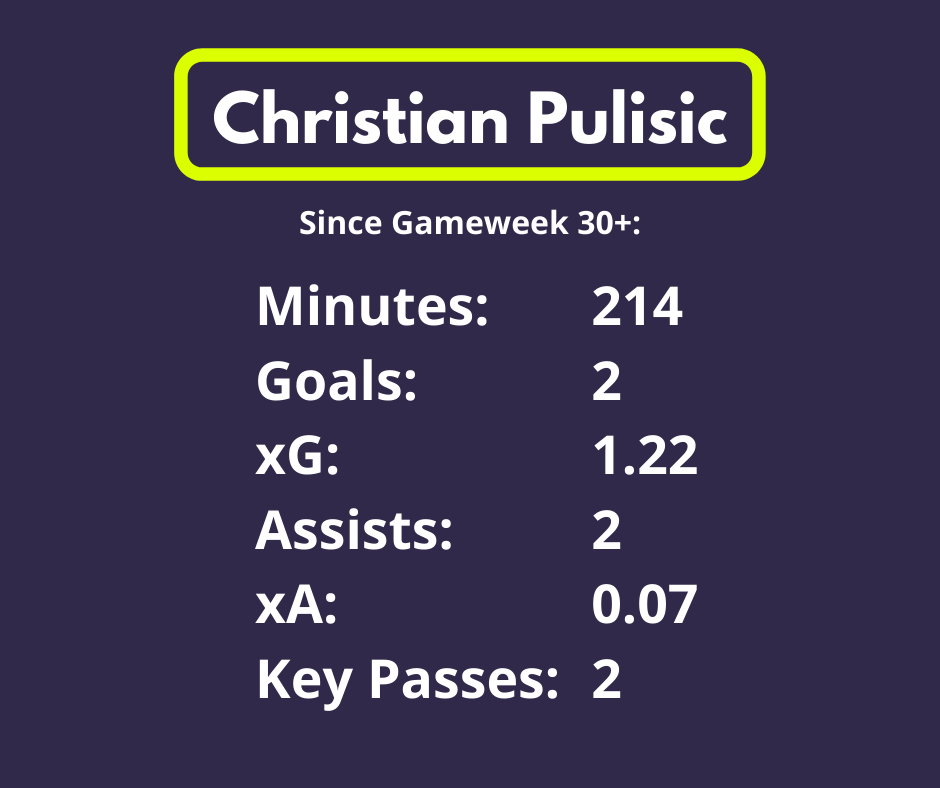 Chelsea were abysmal against the Hammers, but they do have attractive fixtures coming up, with struggling Watford up next. There is a high variance in performance in Frank Lampard’s side, which makes it hard to tell which team is going to show up: the one that carved up Man City just last week or the one that gets carved up themselves on the break and on set pieces?

The west London outfit are still one of the highest scoring teams in the division with 57 goals though, so expect them to find the net with regularity against the so-called lesser teams. And with Pulisic taking more shots than any other Blues player recently, expect him to be amongst the goals.

At no point in the season did this writer think he would be considering Newcastle United for attacking options, but here we are.

Allan Saint-Maximin has been one of the league’s most entertaining players this season, and after a long spell where it seemed like he couldn’t buy a goal, he has finally found that end product in his game.

Since the resumption of the Premier League, the Frenchman has provided one goal and three assists, with the latter all coming this past week against Bournemouth. 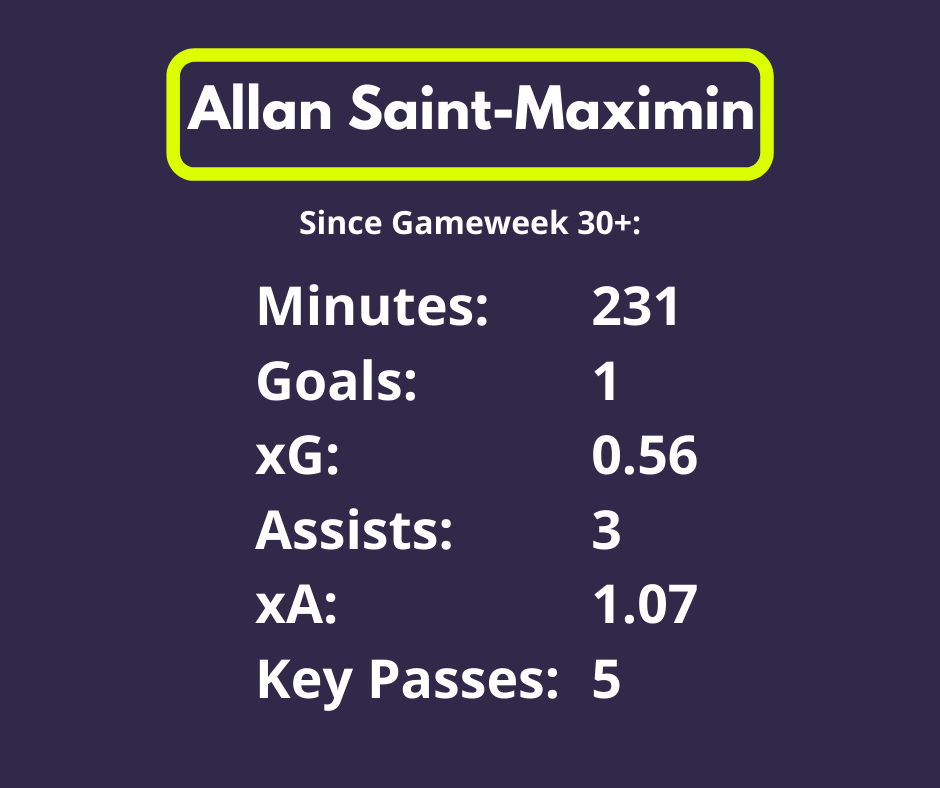 The level of opposition must be considered here as the Cherries are clearly terrible, but it’s obvious now that Saint-Maximin is the Magpie’s biggest threat going forward.

Newcastle are one of the lowest scoring teams in the league, but they face a leaky West Ham next and the attacking midfielder is a bargain at £5.5.

Read: Six matches that defined the Man City-Liverpool rivalry in the modern era

See Also: Five of the worst football adverts of all time

Sergio Agüero likely to be out for...

Although they were game opponents for a large part of Tuesday night’s encounter, in the end Midtjylland just didn’t have enough to see out the...
Read more

Newcastle could have struck gold with £27m...

Although they were game opponents for a large part of Tuesday night’s encounter, in the end Midtjylland just didn’t have enough to see out the...
Read more

A League Two club postpones their next three league fixtures, coming just hours before they were due to kick off Tuesday night’s game. Scunthorpe United’s...
Read more