It was a tough Sunday to stomach for Liverpool fans, as the Reds beat Wolves 3-1 but fell short in the Premier League title race.

Jurgen Klopp‘s men did all they could at Anfield, but sadly, City came from 2-0 down to see off Steven Gerrard’s Aston Villa.

Focus now turns to the Champions League final against Real Madrid on Saturday, as Liverpool look to complete an amazing treble.

Here, This Is Anfield’s Henry Jackson (@HenryJackson87) is joined by Dan Clubbe (@dan_clubbe) to discuss a heartbreaking afternoon and to look ahead to Paris.

DAN: The reaction to going a goal behind so early on was a testament to the attitude of this sensational side.

Although we continued to concede half chances on the counter-attack, in the main we were able to dictate terms throughout on a huge occasion.

That Thiago flick for the Sadio Mane equaliser – absolutely ludicrous.

Alisson once again proved why he’s the best in the business with that second-half save from Hwang Hee-chan.

In terms of individual 90-minute performances, this wasn’t one for the ages for anyone. Instead, this was more a display borne out of necessity and a determination to get over the line by any means possible.

It was great to see Virgil van Dijk back amongst the squad and Mohamed Salah come on and indeed get a confidence-boosting goal ahead of next weekend, though. 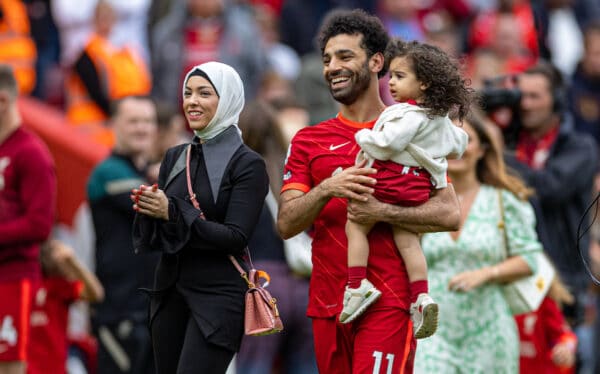 HENRY: What can you say after that day? My god.

While there is clearly that flat feeling after falling short, it was never in our hands at any point and I’m so immensely proud of this team.

I may not see a better Liverpool side in my lifetime, and not only are they a brilliantly-gifted group of players, they are also great people led by a special manager.

As Dan says, coming from behind and winning was impressive on such a tense occasion – past teams would simply have rolled over and not even made Man City work for it.

The Thiago assist was something most people attempt at five-a-side and fall over – he did it nonchalantly on the final day of the season when Liverpool were losing! He’s a joke.

All in all, the main positive is what a privilege it is to support this team and what a sensational season it still promises to be.

DAN: Aside from the near-crippling anxiety of attempting to keep track of us and Man City, our inability to carve out meaningful chances despite dominating for the most part.

Whilst Wolves returned to their typical resilient best that has been missing for weeks until this, we did seem a little out of ideas at times in the second half, perhaps even somewhat physically flat.

Losing Thiago in the circumstances could be the biggest blow of the day, though.

At no point was the title in our possession, but potentially being without Thiago for the Champions League final would be a cruel loss to him and the side.

Hopefully, the prognosis is a positive one this week! 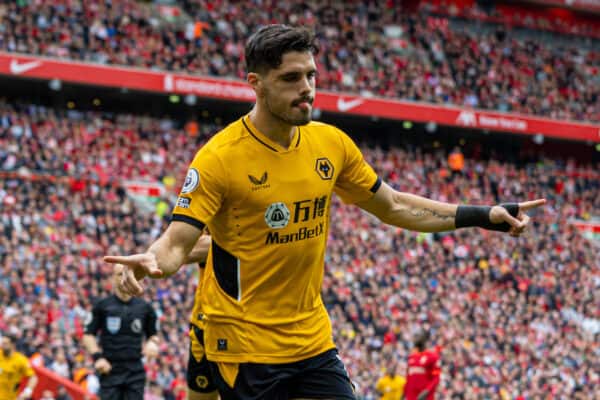 HENRY: Well, that whole afternoon was so unbearable that it genuinely felt like an out-of-body experience at times.

I’m a footballing pessimist – you may have all realised that by now! – so in truth, I never felt like Liverpool were going to actually win the title.

Even when City went 2-0 down, I was still fully prepared for them to win – once that first goal went in, you just knew. Could have done without Anfield’s false 3-3 celebrations, though!

Missing out on the title in that way is cruel, but frankly, it could have been worse. Imagine if Salah’s goal had gone in when City were losing. No thanks!

Losing Thiago for the Champions League final is arguably the biggest negative of the lot, though, assuming he is ruled out.

That is going to be a monumental blow, especially with Fabinho potentially lacking match fitness, and the likes of Toni Kroos and Luka Modric could be licking their lips.

Injuries have just started to rack up at the wrong time – that is what a 63-game season does to a team.

And will the Reds prevail in Paris?

DAN: Yes. Often a hardship such as the one suffered yesterday would derail a lesser outfit, but if anything we’ve already seen Klopp’s innate ability to turn a negative into something motivational.

Having missed out on the Premier League by such a fine margin once again, these lads will be chomping at the bit to lift a seventh European title for the club and end such a memorable season on the highest possible high.

Getting revenge over Real Madrid probably shouldn’t come into the player’s psyche barring Salah, but we certainly owe them at least one under Klopp and there is no better time to right some wrongs.

With Van Dijk likely to be back to marshal the defence and keep tabs on Karim Benzema, and hopefully Fabinho also back in situ, that area should be back to its bulletproof best.

In what I believe to be the first-choice front-three at present of Salah, Sadio Mane and Luis Diaz, there is more than enough to cause a defence that conceded five times against City plenty of problems. 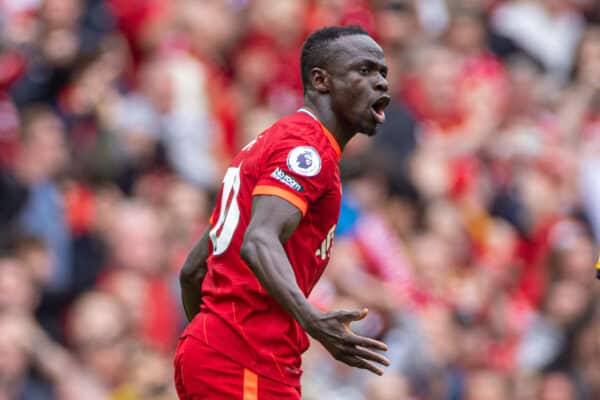 HENRY: Before Thiago limped off, I would say I was 70 percent confident that Liverpool would clinch No. 7 in Paris.

Like Dan says, the incredible mentality these players have means I still expect them to get the job done after the disappointment of Sunday, though.

There is always that lingering feeling that Madrid find a way to win, though, and those dramatic victories over PSG, Chelsea and City make you wonder if their name is on the trophy.

It’s going to be hideous to watch, we will all age 10 years in the space of a couple of hours and I just pray that Liverpool will prevail.

I remain confident, but Thiago‘s injury has definitely thrown some doubt in my mind, such has been his importance this season.

Onto Paris, everyone – buckle up…

Notes from pre-season | Arseblog … an...

Get your breakfast today at Dino’s Bar and Grill, because the boys are back in town. Well, some of them anyway. There isn’t a great...
Read more

West Ham made an official approach to sign Villarreal winger Arnaut Danjuma on Tuesday, 90min understands.The Hammers have taken a keen interest in the...
Read more