Word stemming from the English media on Friday suggests that Newcastle United are closing on the signatures of no fewer than three new players, ahead of next week’s transfer deadline.

The info comes courtesy of The Telegraph, who predict a busy upcoming 72 hours at St. James’ Park.

First through the door is expected to come Olympique Lyonnais midfielder Bruno Guimaraes, whose predicted move to Tyneside has been widely reported over the course of the week to date.

The swoop will set newly-minted Newcastle back a sum of around 40 million euros, plus a further 8 million in add-ons.

Next up comes another player hotly tipped to link up with Eddie Howe’s squad of late, in the form of Brighton & Hove Albion defender Dan Burn.

After seeing efforts to land the likes of Sven Botman and Diego Carlos knocked back by LOSC Lille and Sevilla respectively, the Magpies’ transfer team have turned their attentions firmly towards Seagulls star Burn.

A 2nd proposal for his services, in turn, is expected over the days ahead, as Howe finally looks set to see some long overdue fresh blood added to the heart of his backline.

And last up when it comes to likely incomings at St. James’ ahead of the fast-approaching transfer deadline comes Eddie Nketiah.

It is understood that talks are quickly progressing between the respective boards at Newcastle and Arsenal, over a deal to send soon-to-be out-of-contract Nketiah to the former.

On a slightly less positive note for the Toon, however, a move for Manchester United outcast Jesse Lingard appears to be off the table, owing to the exorbitant demands laid down by the Red Devils.

Should deals for all three of the aforementioned players ultimately be pushed over the line, then the transfer team on Tyneside will no doubt be quietly satisfied with their work over the course of the January window.

This comes with Guimaraes, Burn and Nketiah set to add to the proven Premier League experience of previous additions Kieran Trippier and Chris Wood.

Eddie Howe’s troops remain in the thick of the battle against the drop from the English top-flight, but will be viewed as widespread favourites to emerge from the relegation zone over the weeks and months ahead, before kicking on towards the upper echelons of English football in 2022/23. 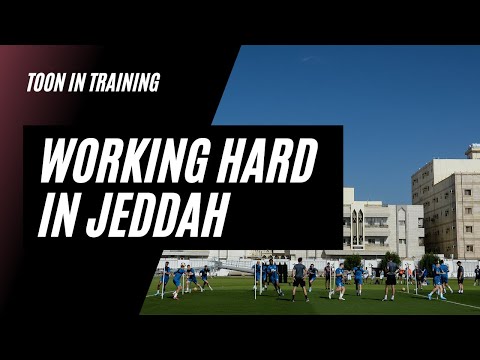 Our unique angle of Newcastle United’s 1-0 win over Leeds United at Elland Road.…

It was a tough Sunday to stomach for Liverpool fans, as the Reds beat Wolves 3-1 but fell short in the Premier League title...
Read more