Mohamed Salah has offered a brilliant take on being vaccinated against coronavirus, acknowledging the expertise in the medical field with a spot on football comparison.

Jurgen Klopp revealed back in October that “99 percent” of his playing staff were vaccinated in what was a strong stance in support of the jab.

And Salah has now added his name to the list of people speaking complete sense over the topic of being double-jabbed in a climate where millions are still rejecting the vaccine.

Liverpool’s No. 11 confirmed to Egyptian outlet MBC Masr TV that he is vaccinated against COVID-19 before diving into a comparison many will understand over trusting those in the medical field.

“Yes I have [had the vaccine]. These are doctors and people of medicine for a long time, they’re working and studying for years,” Salah said.

“If I said that this [vaccination] is wrong, I’ll be like anyone in the street [telling me] to pass this ball here instead of there.

“[Doctors] said so and the WHO [World Health Organisation] said so, so we need to follow them. This is my point of view.”

Follow the experts not the layman in the street. Like Salah knows what to do on the pitch, doctors know how to best keep the public safe in the face of the pandemic.

While Salah is undoubtedly often given ‘tips’ or ‘advice’ for his game away from his coaches for club and country, he is the qualified one.

And just like you’d take Salah’s advice for how to become a footballer over a John Doe on the street, you’d listen to a doctor over an uneducated and misinformed source.

Mo is nailing it on the football field and off it and it’s great to see that he isn’t resistant to talk about topics that matter, divisive or not. 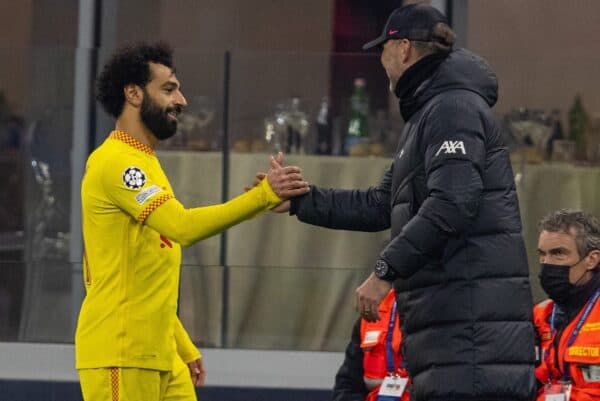 And on his own positive result last year after attending his brother’s wedding, Salah downplayed any reaction from the Liverpool camp like Klopp did back in November.

“Not really a problem, but they commented on getting it at a wedding party,” Salah added when asked if any issues arose as a result.

“These things were in a locker room and I can’t talk about them, but it was not a disaster.”

Black Stars had no sense of urgency...