‘Our intensity is our identity’ was the brilliant summation of this Liverpool team by Pepijn Lijnders – but the other defining factor in the club’s evolution under Jurgen Klopp has been that Liverpool have become the best problem solvers in world football.

They Reds have achieved this by not becoming reliant on any one style; they are able to mix things up during a game better than any other team.

In modern football, possession is king. It is the defining style of Pep Guardiola at Man City, and many teams look to follow that blueprint. But Klopp is different, he understands that going toe to toe with the likes of City isn’t going to give him any kind of competitive advantage.

So, what Klopp has been able to achieve is to switch up different styles to solve different problems in any game, based on some key ideas.

In Joe Gomez and Virgil van Dijk Liverpool have two of the quickest and most intelligent centre backs in the world.

This enables the team to play an incredibly high line as the recovery pace of both players often means that even if the offside trap fails, that they can catch a striker running through on goal.

If you add in the pace of Trent Alexander-Arnold and Andy Robertson at full back and the sweeper instinct of Allison, then it is hard for teams to get in behind.

The benefit of playing such a high line means you can play in the opposition’s half and push your fullbacks on. Both Trent and Robertson provide great width for the team and enable the likes of Salah, Firmino and Mane to operate as inverted wingers and get into goalscoring positions.

The movement of our front three creates a huge amount of space for both Trent and Robertson to operate, and the quality that both possess on either flank is very difficult to defend against, as the assists records of both players evidence.

One of the great strengths of Mane and Salah is that they are both strong, quick and direct. They have license to come inside and with Firmino’s intelligence can play clever one-twos in and around the box.

Liverpool are probably at their most dangerous when the opposition has the ball in or around the halfway line. It must be an absolute nightmare for teams who want to keep possession. The front three and midfield players are the best in the game at hunting in packs and nicking the ball in the right areas.

One of the best things about Liverpool’s pressing is that the players know exactly when to do it. They don’t run around like headless chickens; they’ve become really intelligent in seeing a situation and pressing at exactly the right time. It is a defining characteristic of this team.

That intelligence very much is led by Firmino who offers so much more to the team than goals and assists. He has the ability to see a picture in his head and knows the exact right time to press, and more often than not makes the right decision with the ball.

When teams used to come to Anfield and play a low block it was always very difficult to break that down. But what the team has learned to do under Klopp is to play with patience.

Another great thing about Firmino is that he has the ability to drop back into midfield when playing against a low block. He is very difficult to mark and can adapt his game to whatever problem the team comes up against. 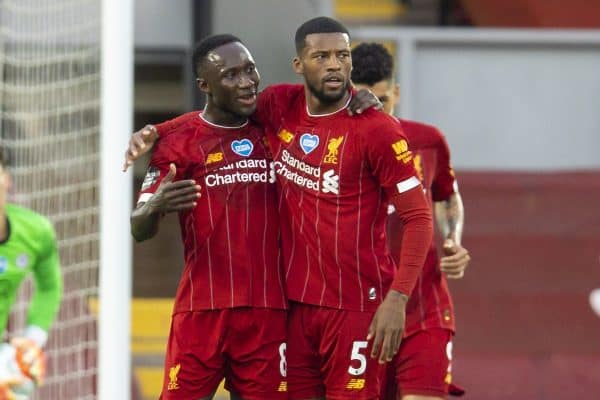 Although Liverpool don’t move the ball quite as quickly as City and don’t have the same kind of players that operate so well between the lines, they do have players like Keita and Oxlade-Chamberlain who can break the lines and provide a goalscoring threat from midfield.

If Liverpool come up against a team playing a low block, they have different kinds of players to solve that problem. Klopp doesn’t have a squad packed with number 10s, he has a squad packed with a diversity of attributes and that enables him to change how he approaches any game.

There are times when the low block causes any team issues, and you will have a huge amount of possession in a game. Rather than continually trying to force things the team now probe with patience and can engineer chances. They vary the speed of transition which is exactly what you need to do to work your way through a low block.

In Salah and Mane Liverpool have two incredibly potent counter-attacking players. With the quality of Allison’s passing and throwing and his ability to see a picture in front of him Liverpool are incredibly dangerous when defending a set-piece.

If either Mane or Salah sets off at pace there are very few players that can stop them. This often means that even when teams have an attacking set-piece against us, they’ll have one eye on our attacking players as they’ll know within 5-10 seconds they can be in real trouble.

Since the addition of Van Dijk and with the crossing ability of Trent, Liverpool have become a real danger at set-pieces. These are such an important part of the modern game and in a game where you are struggling to create, can prove to be a rich source of goals.

It isn’t just corners and indirect free kicks where Liverpool are a real threat. In Trent the club has a truly world-class dead-ball specialist. The whip and pace he can get on the ball defies his age.

Oddly for a team that spends so much time in the opposition’s penalty area, Liverpool do not get awarded many penalties. Although both Mane and Salah have won soft penalties in the past, they both operate at such speed and a low centre of gravity that many penalties also get missed by officials who are perhaps influenced by an unfair narrative.

It makes Liverpool’s ability to solve problems and find ways to win even more impressive that there is no reliance on getting decisions to do so. 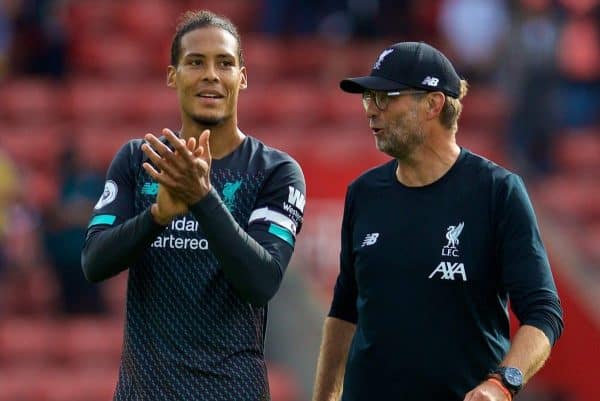 What makes this Liverpool team so great is that they nearly always find a way to solve problems during a game. The results in the past 24 months speak for themselves. And there have been all kinds of wins.

There are lots of different reasons why winning has become such a habit that includes relentless intensity and an incredible mentality.

But if you were to ask Klopp what kind of style defines this Liverpool team – I am sure he’d agree it’s a hybrid. We don’t rely on any one style. We can adapt and change depending on the circumstances which means we are unpredictable and very difficult to play against. That makes us fantastic to watch.

Our identity is our intensity – but we are also the best problem solvers in the world as well.

From Sassuolo and all the way back to Sassuolo again.This has been the story of the first 100 goals scored by Cristiano Ronaldo in...
Read more

If you didn’t already think Alisson‘s thumping header was special already, it’s taken up a notch when you realise he is the first goalkeeper...
Read more

Female Rangers fans have been caught peeing on ground with cops getting injured and 20 arrests made in Saturday’s title celebrations. A photo has gone...
Read more

From Sassuolo and all the way back to Sassuolo again.This has been the story of the first 100 goals scored by Cristiano Ronaldo in...
Read more

If you didn’t already think Alisson‘s thumping header was special already, it’s taken up a notch when you realise he is the first goalkeeper...
Read more