David Luiz will depart Arsenal upon the expiration of his contract in the summer, it has been confirmed.

The subject of Brazilian stopper Luiz’s future has of course represented a major talking point amongst the Arsenal fanbase for some time now.

As proved the case throughout his stint at Stamford Bridge with Chelsea, the veteran has split opinion during his time in north London, with assured, dominant displays all too often followed by mistake-riddled outings, which have ultimately proved hugely costly for Mikel Arteta and co.

In turn, many made clear their immediate dissatisfaction upon word spreading across the media earlier this year that Arsenal were ready to reward Luiz with a new contract:

Arsenal are ready to offer David Luiz a new one-year contract extension ahead of his current deal expiring at the end of the season [Independent] pic.twitter.com/q99guY2fUY

Mikel Arteta evidently values the South American’s abilities on the ball, with Luiz, despite persistent criticism from outside sources, having often been handed a starting berth in the Gunners’ most crucial outings to this point in the campaign.

As outlined above, however, those members of the Arsenal faithful dreading the thought of their side handing fresh terms to a mistake-prone 34-year-old with his best years firmly behind him can today breathe a collective sigh of relief.

This comes amid confirmation that Luiz is in fact set to move on come the summer.

As per the reliable David Ornstein, the former PSG man, on Friday, ‘informed Arsenal of his decision’ to move on.

Significantly, it is added that Luiz’s admission was taken well, with those in a position of power at the Emirates having had no intention of renewing the defender’s deal.

Luiz, in turn, may have already played his final game in the colours of the Gunners, with the veteran of course sidelined with a hamstring problem, ahead of Arsenal’s final two outings of the season.

David Luiz leaving Arsenal at end of season. 34yo told club today + they agreed. #AFC had not offered new deal & even if they did the Brazil int’l defender wouldn’t have signed as decision had been made to go @TheAthleticUK @SamiMokbel81_DM 1st off mark 👏 https://t.co/W00EY5VOlS 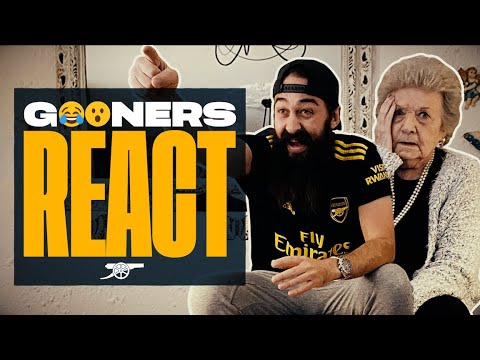 Join Nan, Beau, Fran and Freddie as they react to our 1-0 victory over…