Chelsea continued their superb start to the season on Saturday, as they ran out 3-0 victors over Leicester City at the King Power Stadium.

Thomas Tuchel’s side recorded their ninth Premier League victory of the campaign, and sit top of the table after 12 games.

In Europe, the Blues are currently second in Group H after three victories and a 1-0 defeat to Juventus in Turin, meaning that Tuesday evening’s fixture between the two sides will ultimately determine who tops the group.

Chelsea will be confident of securing a result given their sensational form of late, while Juventus are set to be without a number of first team players.

Last season, Tuchel’s side conceded just four goals on their way to winning the competition, and they have started this campaign in similar fashion, conceding just once in four matches so far as they bid to defend their crown.

Below, we predict the XI that Tuchel will select to face the Italian side.

Senegalese ‘keeper Edouard Mendy has been in imperious form of late and will likely start once more as Tuchel looks to keep Juventus’ star-studded attack at bay. His Spanish teammate Kepa Arrizabalaga has been impressive when called upon this season, but Mendy has conceded just three goals from open play all season and has kept six clean sheets in his last eight games and Tuchel will likely opt for his first choice.

Mendy has proven himself as one of the world’s best goalkeepers.

Tuchel rested Andreas Christensen for the game in Leicester on Saturday lunchtime, but the Dane will expect to return to the starting line-up in place of Trevoh Chalobah, who deputised for him on last time out.

Next to him, Thiago Silva will expect to start as his experience and leadership will be called upon in what is undoubtedly one of Chelsea’s most important matches of the season so far. The Brazilian, as well as Christensen, is set to be out of contract next summer but Tuchel has reiterated that he intends to keep hold of the veteran defender.

On the left of the Blues’ back three, Antonio Rudiger will most likely be trusted to complete the backline, fresh from scoring his second goal of the season on Saturday. The German has been sensational at the back so far this term, quickly endearing himself to the club’s supporters, and he will likely be at the centre of the action on Tuesday evening. 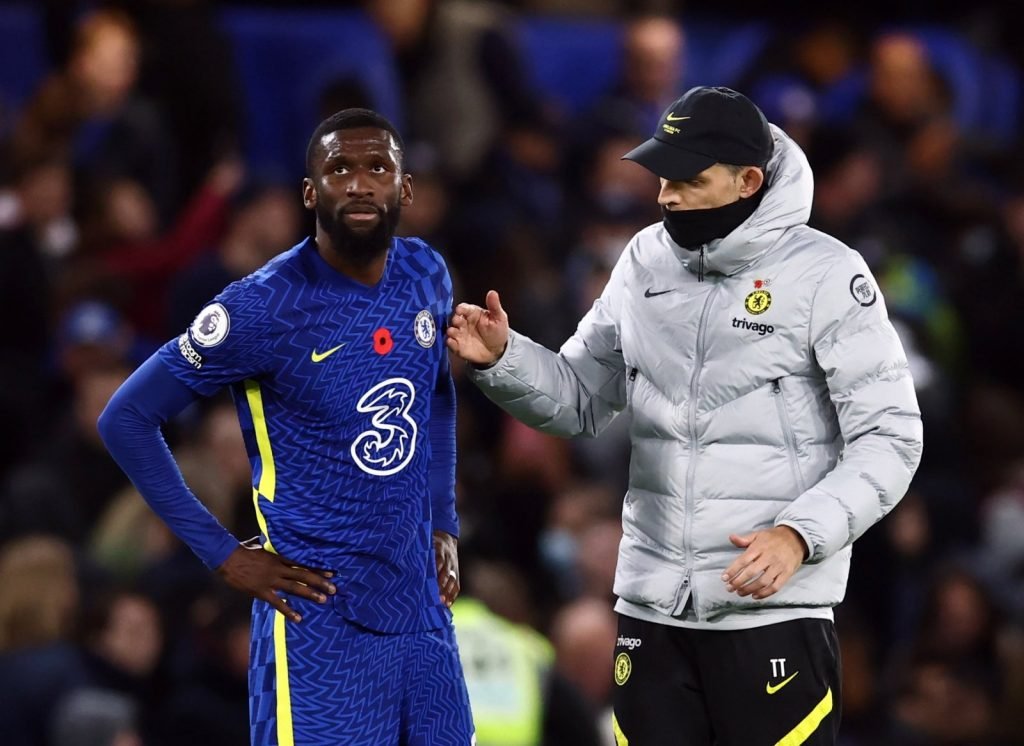 Rudiger is a key man for Tuchel.

At the base of Chelsea’s midfield, Tuchel will likely opt to name an unchanged duo of N’Golo Kante and Jorginho. The pair started against the Foxes and would likely benefit from a rest, but Mateo Kovacic remains sidelined and the likes of Saul Niguez and Ross Barkley are unlikely to be trusted from the start.

On the right, Cesar Azpilicueta, another player who is set to be out of contract next summer, will most likely start at wing-back. Reece James has been in good form of late and set up Kante’s goal last time out, but the Spaniard’s experience will be invaluable on a big European night.

On the opposite side, Ben Chilwell looks to have regained his starting spot at left wing-back after Marcos Alonso had started the first six games of the season. The Englishman also registered an assist against Leicester, and will be hoping to continue his fine attacking record on Tuesday. 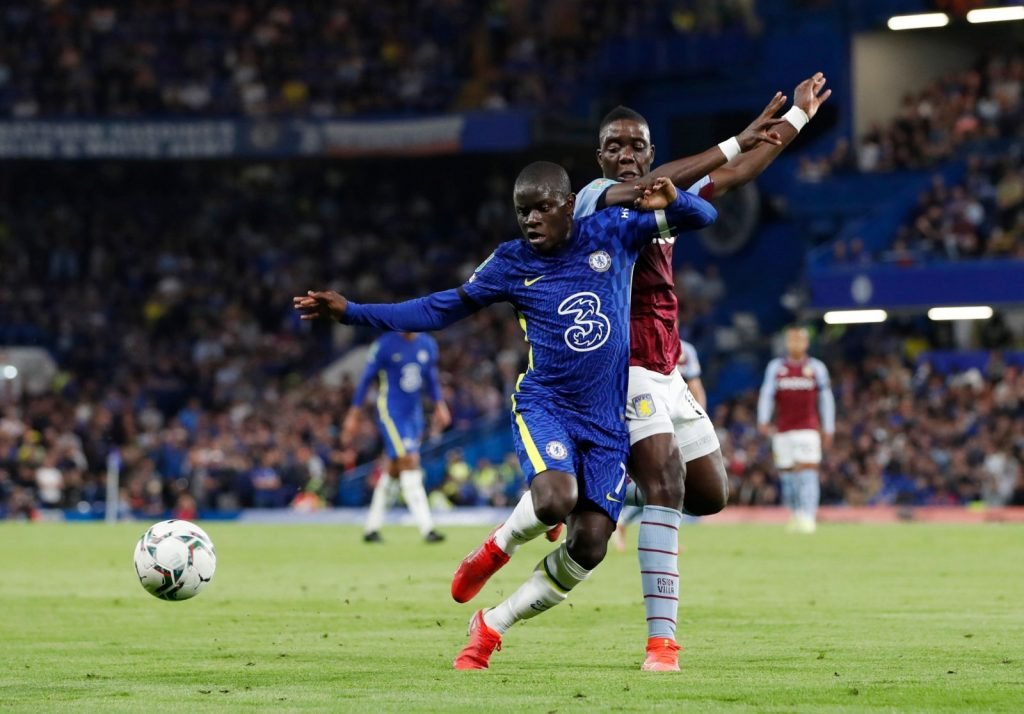 Kante is a machine in the middle of the park.

Ruben Loftus-Cheek, who has impressed during the bit-part role he has played so far this season, could be in with a chance of a starting spot but will likely have to once again settle for a place on the bench.

Mason Mount, who returned to the starting XI on Saturday, will expect to start in the advanced midfield role and will likely be pivotal to everything that the Blues do going forward. The Englishman scored a hat-trick on his last home start against Norwich City, and will be hopeful of netting his first European goal of the season.

Next to him, Callum Hudson-Odoi could be handed another start having established himself within the first team of late. The winger has started each of the club’s last four league matches, having played just twice in the opening eight rounds of matches. He has provided assists in both the home and away victories against Malmo in the past two Champions League matches, and will be hoping to continue his good form.

Hakim Ziyech will likely be on the bench for this one, having failed to impress when called upon this term. The Moroccan scored the only goal of the game in Sweden in the last European outing, but has frustrated supporters with his performances in recent weeks.

Up front, Timo Werner looks set to lead the line in the absence of fellow countryman Kai Havertz and £100 million Romelu Lukaku. Werner has been out injured but returned to the bench on Saturday and will likely be tasked with spearheading the attack. 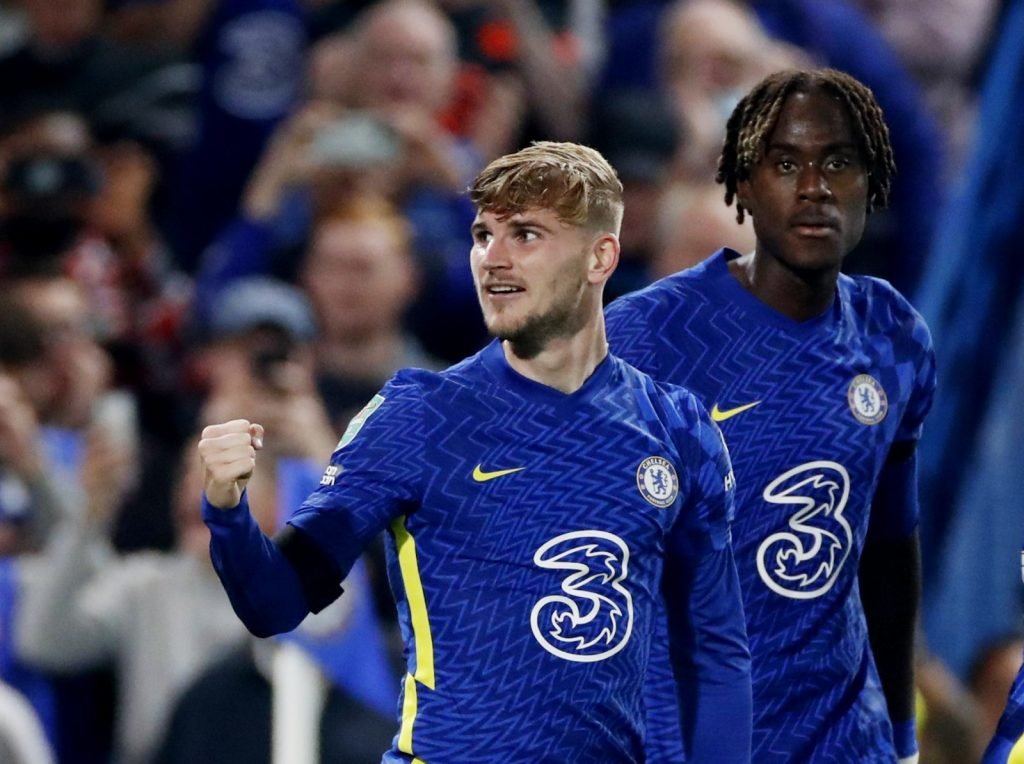 Werner could start after returning from injury.

The German’s pace will be of use against a Juventus backline that could include 37-year-old Giorgio Chiellini and 34-year-old Leonardo Bonucci.

Lukaku, meanwhile, is nearing fitness but remains out, while Havertz has suffered a minor knock and will miss the visit of the Italians.

As Chelsea’s form continues, expectations for Tuchel’s side will continue to build, and a positive result on Tuesday could leave many expecting silverware to once again be heading to SW6 by the end of the season.