Arsenal secured a 2-1 win over Sheffield United yesterday to book a place in the semi-finals of the F.A Cup.

Nicolas Pepe put the Gunners ahead from the spot 25 minutes into the game, but the hosts equalized through David McGoldrick in the 87th minute and it had appeared that they had forced the game into extra time.

However, Dani Ceballos’ 91st-minute winner snatched victory at the death, and Manchester City now stand between Arsenal and a place in the F.A Cup final.

Scottish left-back Kieran Tierney put in a top performance against the Blades, and he was responsible for Arsenal winning the penalty after his pass found Alexandre Lacazette in the box before he got fouled.

The former Celtic star took to Instagram to comment after the hard-fought victory, and his former teammate Scott Brown & Arsenal technical director Edu reacted thus to his post: 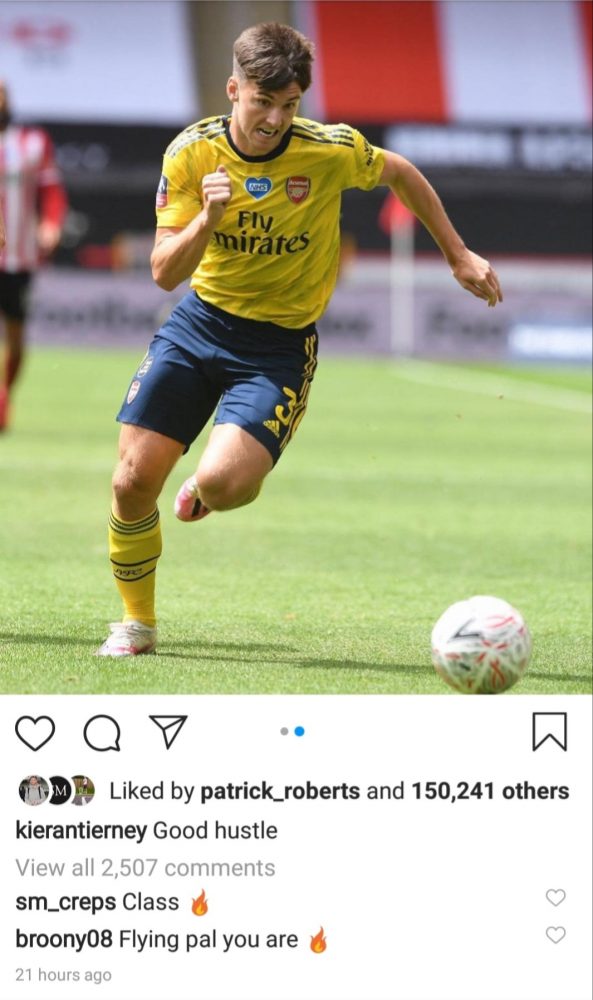 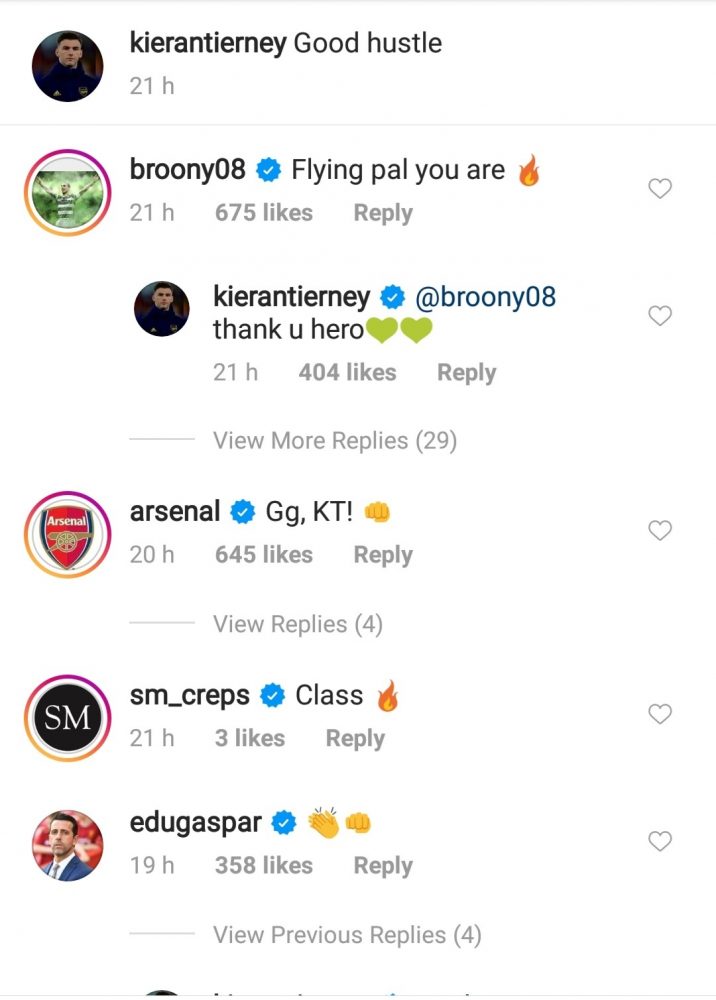 Injuries have prevented Tierney from hitting the ground running at Arsenal since his arrival from Celtic for £25 million last summer.

The 23-year-old has featured in 15 games across all competitions, assisting thrice and he will hope to prove his worth when the 2020-21 campaign starts.

Arsenal fans have seen a glimpse of what the former Hoops defender is capable of, and it will be interesting to see if he can establish himself as one of the best left-backs in the Premier League going forward.

Tottenham chief Fabio Paratici has reportedly struck an agreement with AC Milan for Franck Kessie, but they have still been given bad news in...
Read more

Barcelona snatched a 1-0 victory away to Alaves with a late Frenkie de Jong winner on Sunday night that took them to within one...
Read more