Manchester United could secure Jadon Sancho for a reduced fee by overlooking another target, Liverpool will watch a winger in action on Thursday, while Tottenham have learnt the cost of a new goalkeeper, according to Thursday’s Euro Paper Talk.

Manchester United would be willing to walk away from Jude Bellingham if it enhances their Jadon Sancho prospects.

Bellingham, who turns 17 in July, has already attracted attention from across Europe with his performances for Birmingham.

The midfielder has scored seven goals this season, including two successive winners in September.

As such, United have been locked in a battle with Borussia Dortmund to sign the talented teen.

However, Bild believes United are harming their chances of signing their top target Sancho by pursuing Bellingham. While not a direct replacement, Dortmund do need to raise funds to secure the potential £30m deal.

The Bundesliga side have already agreed terms for Bellingham but could miss out to United as a result. But the German paper suggest the  sale of Sancho will allow them to finalise Bellingham as a result.

Andre Schurrle, Jeremy Toljan and Marius Wolf are the other players BVB could sell to raise capita.

But with United pushing hard for Sancho, that deal looks more likely at this stage. However, reaching an agreement over the payment has been tough to reach with Dortmund sticking to their €120m valuation (£107m).

It’s reported that United could tell Dortmund they’ll walk away from Bellingham if they restructure and lower Sancho’s cost.

As per the MEN, United hope to reduce the initial fee for him by including achievable add-ons in their deal. That arrangement could see United fork out an initial €70m, paying a final €30m in achievable add-ons.

While missing out on Bellingham would be a big blow, that would be significantly softened by landing on a restructured deal.

Manchester United, Liverpool and Real Madrid scouts will all keep a close watch on Ferran Torres on Thursday night. The Valencia winger has just a year left on his deal and his side travel to the Bernabeu. (Marca)

Tottenham will have to pay an asking price of €25m for Atalanta goalkeeper target Pierluigi Gollini. (Tuttosport)

Premier League clubs will have to pay €45m if they want to sign Eduardo Quaresma. The teenager has agreed a new deal with Sporting CP. (Jornal De Noticias

Manchester United have made no bid of €100m and have no interest in signing Barcelona winger Ansu Fati. (Mundo Deportivo) 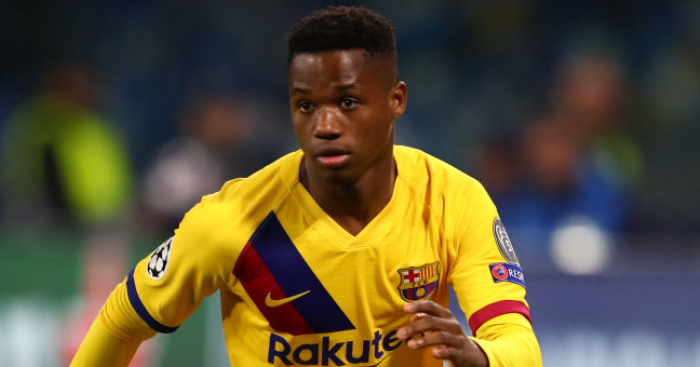 AC Milan left-back Theo Hernandez says he intends to stay at the San Siro despite links back to Spain and France. (Onda Cero)

Real Madrid want to send Takefusa Kubo on loan next season with multiple clubs keen. The Japanese teenager is expected to be a major star of the future. (AS)

Manchester United have registered an interest in Roma winger Cengiz Under and could sign him for a bargain fee. (Corriere dello Sport)

Martin Odegaard has told Real Madrid he wants to extend his loan from Real Madrid into next season. (Mundo Deportivo)

Gennaro Gattuso only expects to retain the services of 70-80% of Napoli’s squad in the upcoming window. Arkadiusz Milik, Kalidou Koulibaly, Hirving Lozano and Allan are all wanted elsewhere. (Sky Italia)

Dries Mertens has explained why he signed a new Napoli deal and snubbed a free transfer to Chelsea or Inter Milan. (various)

Lionel Messi is set to sign a new deal to keep him at Barcelona until 2023. (Mundo Deportivo)

Cagliari will announce a new deal for Nahitan Nandez, after agreeing to keep a €36m release clause in his contract. (Gianluca Di Marzio)

AC Milan could explore a summer deal to sign Naby Keita with former coach Ralf Rangnick set to take charge. The Liverpool man is said to be frustrated by a lack of games. (Sempre Milan)

Thiago and Fabinho travel to Paris for...

The Vancouver Whitecaps haven't exactly been good travellers this season.All 11 of their points so far this season have come at BC Place, making...
Read more