Emerson on the way to Barcelona

According to Spanish journalist Adria Albets, Arsenal are set to be dealt a blow in their hopes of replacing Hector Bellerin with Emerson Royal. Bellerin is widely reported to want out of North London this summer and has lost favour with manager Mikel Arteta in recent weeks, starting just two out of Arsenal’s previous 11 League games as Calum Chambers, a natural centreback, has taken up the right-back role. Therefore, right-back is an area of concern for Arteta’s side.

One option that has been touted as a potential replacement for Bellerin is Emerson Royal. The Brazilian has impressed for Real Betis since his move from Brazil in 2019, and has featured 33 times in La Liga, scoring once and assisting a further four times from the right-hand side.

However, Emerson’s situation is complicated. The player is jointly owned by Barcelona and Betis, with goal.com suggesting that Barcelona could procure the right-back for as little as nine-million euros, well below his valuation of £22.5 million as per transfermarkt.com.

And it appears as though the Catalan club are on the verge of doing just that, with Adria Alberts claiming that Emerson has already bought a house in Barcelona, suggesting that he expects to be playing in Catalonia next season.

One in, one out for Barca

101 reported earlier today that Barcelona were open to offers for current right-back Sergi Roberto, their current first choice in the position. However, if Emerson were to arrive as suggested, he and Sergino Dest would compete for the right-back position, pushing Roberto closer to the exit door.

This move will represent a massive blow for the Gunners, whose alternatives for the position could include Maz Aarons and Tariq Lamptey. However, both are likely to cost a significant amount more than Emerson due both to their Premier League experience and by virtue of their homegrown status.

Arsenal ‘enter the race’ for Emerson, as hunt for Bellerin replacement ramps up 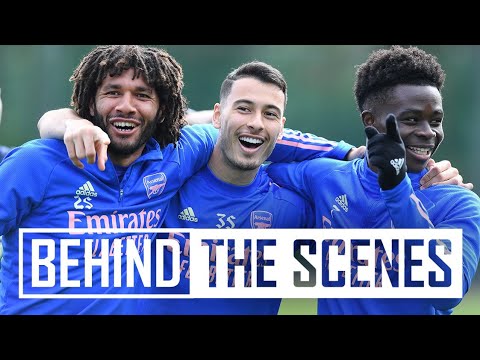